The idea of a flying car as a mode of personal transport has been imagined for almost a century ever since the Wright Brothers first took to the air in the first heavier-than-air powered aircraft on December 17th 1903. 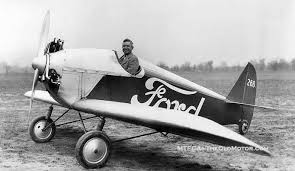 In 1926 Henry Ford displayed an experimental single seat aircraft called the ‘Sky Flivver’. It wasn’t so much a flying car as a personal aircraft and there was much hype about it being a flying car simply because Ford was a mass manufacturer of cars.

In 1940, Henry Ford famously predicted: “Mark my word: a combination airplane and motorcar is coming. You may smile, but it will come.”

In 1956 Ford’s Advance Design Studio built a 3/8 scale concept car model with the futuristic sounding name of ‘Volante Tri-Athodyne’. It had three ducted fans for vertical take off and landing.  Ford noted that “the day where there will be an aero-car in every garage is still some time off”, but added that “the Volante indicates one direction that the styling of such a vehicle would take” 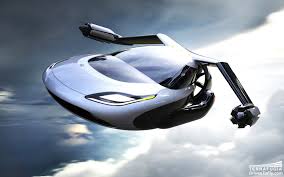 Coming right up to date the Terrafugia company based in Woburn, Massachusetts in the United States is developing what will probably be the closest yet to a hybrid car and aircraft for personal use.  Here is an animated clip to whet your appetite…..

(Link to the animation kindly suggested by your president Barrie Yates.)