September 15th 2017 was a momentous day in the world of space exploration. The Cassini Probe, launched way back on October 15th 1997, ended its mission by entering the atmosphere of the planet Saturn whereupon it would be destroyed by the forces of entry. 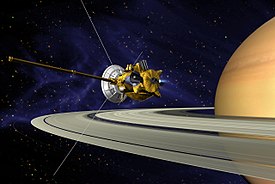 To give it its full title the Cassini-Huygens Mission was to be one of the most spectacular missions ever launched to study the planet Saturn, its famous rings and its satellites. The mission was a joint venture between NASA, the European Space Agency and the Italian Space Agency. 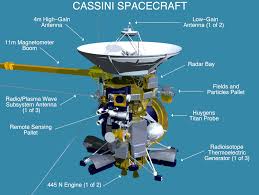 The Cassini spacecraft was 6.8 metres (22 ft) high and 4 metres (13 ft) wide. Spacecraft complexity was increased by its trajectory to Saturn, and by the ambitious science at its destination. 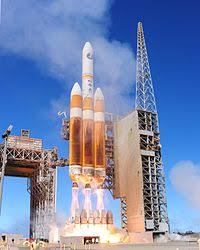 Cassini had 1,630 interconnected electronic components, 22,000 wire connections, and 14 kilometres (8.7 mi) of cabling.  The probe was launched on the platform of the Titan IV(401)B B-33 rocket from Cape Canaveral in Florida.

Cassini had several objectives, including:

After 19 years and 336 days the mission finally came to an end.

The team behind the Cassini mission at a laboratory in California clapped and hugged each other after the final signal was received at 11:55 and 46 seconds on 15th September 2017.

Saturn is such a long way from Earth, that the probe had actually already been destroyed for 83 minutes by the time this final picture reached Earth. 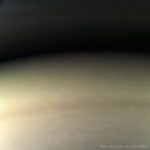 There is still an enormous amount of data to be analysed by the scientists and no doubt we will hear more about Cassini in the future…..