I left Todmorden Grammar School in September 1953. This school has had two Nobel Prize Winners in the past. The first was Sir John Cockroft for splitting the atom and Prof. Geoffrey Wilkinson for specialist work in Physics. Both were taught by the same teacher, but several years apart. The teacher had retired by my time, so I have had to be content with much lesser fame.

In 1953 the job situation was such that one could pick (or in my case have picked for you) almost any company to join. My real ambition was to have an apprenticeship at Horwich Locomotive works in Bolton, but father said there was no point in going there as it was so big that you would only end up as a number. He was, for most of his working life, a textile machine fitter, initially in Todmorden, then Manchester and later in Rochdale. There were also vacancies at Turner & Newall in Rochdale, (manufacturers of asbestos, but the real danger not as yet understood) again too big. However, there were plenty of local companies deemed suitable. Both Ormerods Machine Tools or Pickles wood working machinery in Hebden Bridge were classed as OK with John Pickles Ltd. being the better choice for the variety of the products. So I duly attended there one Monday morning complete with blue boiler suit, clogs with irons, a pint pot and a lunch box. I was introduced to the shaper department charge hand and a small Alba shaper. At 10 o’clock the previous latest apprentice came for me to show how to take on his job of “Chip Lad” going around the factory to get orders for fish and chips and sandwiches to be brought back from Hebden Bridge, almost a mile distant by foot, using two aluminium handled tomato boxes. This job for every day was not a complete waste of time, as there was a penny per item (fish and chips counting as one item) for fetching it. This gave the chance to be acquainted with all the machines, operators, fitters, pattern makers and moulders, who were consistently friendly or not, and to increase the £1-13s-0d weekly wage. I must have done this shopping job well because the quantity carried back increased from the two not full boxes, to the two boxes and four carrier bags, all full. Time and motion quickly sorted out the schedule of ordering the fish and chips and sandwiches on the way to other shops to be collected, ready packed on the way back. This worked for the shop keepers as well as me. I am still recognised by retired shop keepers and pass pleasantries even today.

The machine shop was one of the best in the Calder Valley with four shapers, two big and two smaller, and in the same row was a Webster and Bennett vertical lathe capable of machining 7ft diameter band saw wheels. Louis considered himself to be an expert, as two wheels ended up the same diameter with a slight curve to the OD to keep the saw blades running true. Big micrometers did not exist at Pickles, so calibrated distance bars were used with calipers for all dimensions in the works. We also had a small furnace and anvil beyond there, where we bent bars and forged old files to make decent scrapers. On the opposite side of the aisle there were four planing machines of different ages, the eldest of which had a habit of the side stops missing the switch and the table ending up in the aisle. The next bay housed an open sided planer, three radial drills, a horizontal borer and an Ormerod slotter, plus the fitting area where I eventually ended up. Located on the ground floor of the three storey building were three milling machines and a bar store including the “Hollow Mandrel” with its dedicated small four wheel bogie. This was taken to various machines by new apprentices. We also had a long stand for apprentices to stand by the more sociable machine men. The second floor was especially for electricians who wired up the motors and starters of the machines we produced. The top floor was the canteen where the fish and chips etc. were delivered by the Chip Lad, and the tea trolley serviced for morning and afternoon brews delivered on the shop floor. The next bay located five assembly benches and a marking off bench. The final bay was the turning shop with two Ward 4 and two Ward 7 lathes and four centre lathes, all set at an angle to clear long bars, and two cylindrical grinders. The remaining part of the bay was used for storing finished machines prior to despatch onto lorries in the sunken loading bay. All four bays had overhead cranes. There was also a foundry behind the shapers in a separate building, using floor and box moulding, with a pattern shop in an area equivalent to the second floor next door. We were told never to borrow or steal a ruler from the pattern maker as the inches were longer than standard to allow for castings shrinking. We also were warned to make sure that any ruler was checked to ensure that bits had not been chopped off.

I spent far too long on the Alba shaper and being Chip Lad, but eventually progressed to a Ward 4 turret lathe and then to the fitting bay. One day we had visitors from Japan, complete with cameras to tour the factory. One of the Ward 7 operators, a very likeable man, came to me and said he would disappear to the field behind the works until the visitors had gone, otherwise he would kill them, and he meant it. He had been a prisoner in the Far East but never mentioned it.

So to the fitting bay, where I learned how to file and remove lots of cast iron and steel without getting tired. All the machines we made had tables of various sizes and needed the edges smoothed by a radius. This was formed by using a hammer and chisel to create a chamfer to be rounded off by filing and polishing with emery cloth. It did not take long after hitting one’s thumb several times to hit the chisel every time. I can still hit a chisel and not my thumb. We made our own scrapers from carbon steel files shaped and heat treated in the forge and sharpened on a large rotating whetstone. Special tools were also made in the forge. We also had short and long dovetail slides to scrape and fit to run easily the full length, so taking a week to get right. Set screw adjustments were not allowed as they were for others to use. All wheels were balanced using precision rolling discs and finished by filing the inner rims. Another precision job was to set cutters on planers to cut without ripples and to adjust the thickness to cut parallel boards. I listed some two hundred different wood working machines, not including size variations, made at Pickles during my apprenticeship.

To list just a few products, most common and regular were circular saw benches and top and bottom planers followed by small band saws. These were so regular that castings were made well in advance and left outside to mature. They were better to work on than those straight from the foundry. Another set of common machines were horizontal and vertical band saws using blades six inches wide. Coiling these up was an art taught by lots of laughs and avoiding being chopped up. The smaller joiner shop ones almost fell on the floor by themselves in comparison. We made a complete set of machines to make matches for use in Jamaica. A set of machines for the manufacture of barrels (Cooperage) including riveting the hoops and pressing them on were made. All the staves were of different width and the top and bottoms were not round, resulting in a stronger barrel. Several varieties of spindle moulders, routers and dovetail joint jigs were made. Slicers for cutting thin veneers for controlled grain patterns were difficult machines to make with twelve foot slides. Plywood peelers rotating the log as the blade advanced were good to watch being tested. A full sleeper azder for British Railways took up most of the fitting bay. It cut sleepers to length, cut the flats for the chairs to rest on, and drilled three or four holes to fix them on, all fed through automatically. We made one machine to cut unused fish box scrap into wood wool. This was a flywheel with a twelve inch crank pulling the cutters back and forth as the wood was advanced into them. A three oscillating roller sander as a new design caused lots of bad words to be emitted until the cams and bearings behaved. One spectacular machine, made similar to a centre-less grinder, trimmed and taper rounded tree trunks to make telegraph poles. A bit exited if the trunk was slightly bent, with one end wiggling around ! A grinding machine using cams for sharpening and forming saw blades and band saw blades need a bit of careful setting up.  All this proved father correct with the variety of work.

There was of course further education. I was allowed to leave work early three days each week to travel home get cleaned up, have some tea and catch a Todmorden bus (actual PD2s see the photograph below) back to Hebden Bridge to change to Halifax Corporation to attend the Percival Whitley College on Hopwood Lane in Halifax. The buses never connected in Hebden Bridge resulting in a 45 minute journey each way. I eventually managed to get a HNC. I went to a cricket club AGM where the chairman said young people did not practice enough. I thought that was a bit rich, as Sunday was taken up by homework. I was deferred from National Service until the end of the five year apprenticeship but eventually received a brown envelope containing a requirement to attend a medical in Bradford, and then Wittering Air Force base, with details to be provided later. The next brown envelope cancelled the requirement and advised not to attend. National Service was being wound down and I was classed as not as fit as needed. I was a bit sad as all my friends were accepted.  At the end of the apprentice training the company clearly expected us to find other employment, so I registered with the Executive and Professional Register in Bradford. That was another experience which resulted in a long term of employment at Hydraulic Engineering in Rodley. 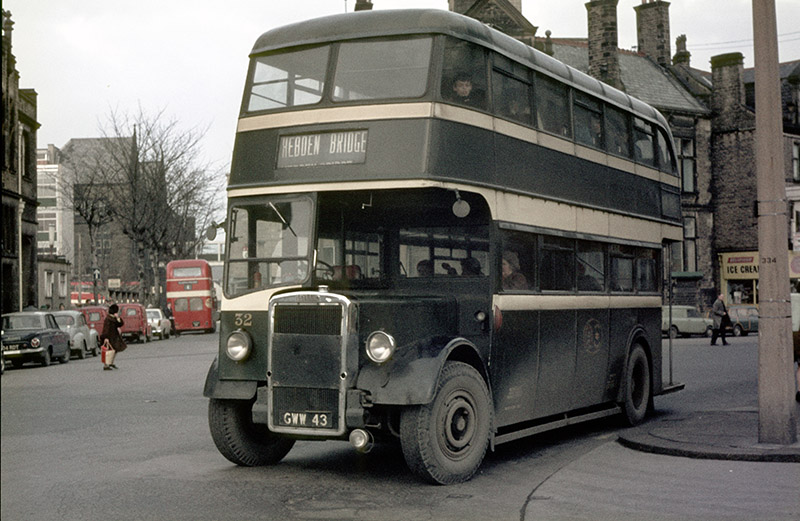