Our member Barrie Yates who is also a member of the group ‘Supporters of Nuclear Energy’ (SONE www.sone.org.uk) has been corresponding with Simon Newton of Moltex Energy.

Following an article in the New Scientist by Dr. Paul Dorfman, Honorary Senior Research Fellow at the Energy Institute, University College London (UCL), Mr. Newton was moved to respond to some points made in the article.

Barrie has kindly furnished us with the full response and it is published here for your perusal and consideration. What are your views on these developments ? Send your feedback to the Website Editor using the above link and I will be pleased to publish your views…
G.T. Editor 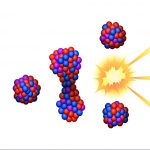 You published a letter from Paul Dorfman and others in New Scientist #3271 on 29th February which claimed that we can’t build nuclear reactors fast enough even to replace existing capacity. The letter offers no justification for this view, although I expect that the writers have ‘mega-projects’ such as Hinkley Point C in mind. It also refers to other “unsolved problems” of affordability, accidents, waste management, nuclear weapons proliferation, scarcity of talent and system inflexibility.

Mr. Dorfman and colleagues are clearly unaware of developments in what is being called Fourth Generation or Advanced nuclear fission. My company and others like it are designing reactors in which the fission occurs in a way that is inherently safer than current reactor types. The engineering is much simpler, with passive safety and few moving parts. These reactors will be smaller, very much cheaper and faster to build. They use fuels which pose no proliferation risk. In many cases they have a flexible output, so can vary power up and down to complement the intermittent nature of renewable sources. In a few cases they use existing nuclear waste as their fuel, clearing up a significant existing problem almost as a byproduct of the production of cheap, low-carbon energy.

Advanced nuclear reactors offer a significant hope in the pursuit of affordable clean energy. A philosophical objection to nuclear power shouldn’t blind one to the real potential of emerging technologies in the field. This is one of those cases in which those who say it can’t be done will be interrupted by those doing it.