Barrie Yates forwarded an article from the BBC’s ‘Future Planet’ news sheet which might prove of interest to members…..

The battery invented 120 years before its time… 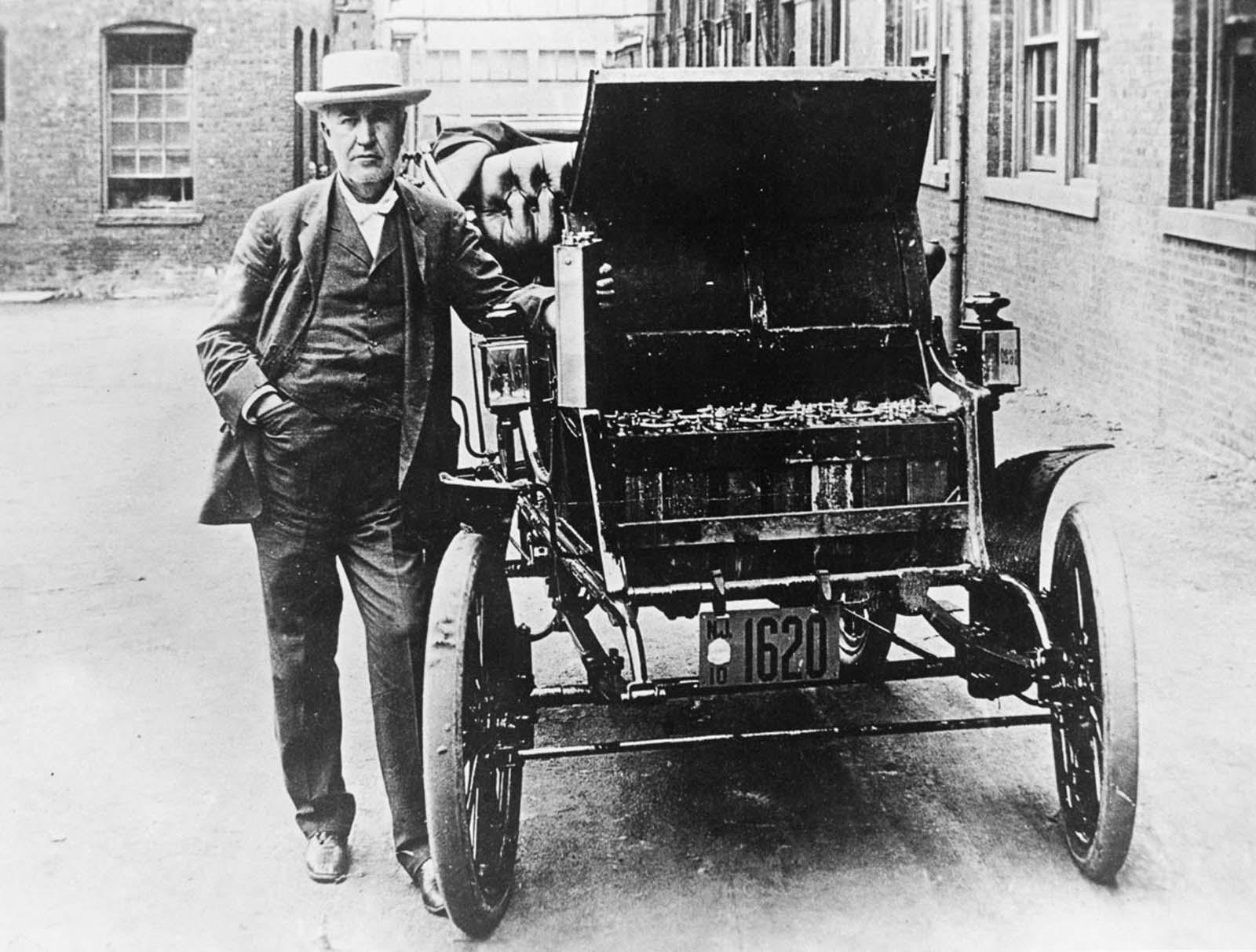 At the turn of the 20th Century, Thomas Edison invented a battery with the unusual quirk of producing hydrogen. Now, 120 years later, the battery is coming into its own.

Traveling down a gravelly road in West Orange, New Jersey, an electric car sped by pedestrians, some clearly surprised by the vehicle’s roomy interior. It travelled at twice the speed of the more conventional vehicles it overtook, stirring up dust that perhaps tickled the noses of the horses pulling carriages steadily along the street.

It was the early 1900s, and the driver of this particular car was Thomas Edison. While electric cars weren’t a novelty in the neighborhood, most of them relied on heavy and cumbersome lead-acid batteries. Edison had outfitted his car with a new type of battery that he hoped would soon be powering vehicles throughout the country: a nickel-iron battery. Building on the work of the Swedish inventor Ernst Waldemar Jungner, who first patented a nickel-iron battery in 1899, Edison sought to refine the battery for use in automobiles.

Edison claimed the nickel-iron battery was incredibly resilient, and could be charged twice as fast as lead-acid batteries. He even had a deal in place with Ford Motors to produce this purportedly more efficient electric vehicle.

But the nickel-iron battery did have some kinks to work out. It was larger than the more widely used lead-acid batteries, and more expensive. Also, when it was being charged, it would release hydrogen, which was considered a nuisance and could be dangerous.

More than a century later, engineers would discover the nickel-iron battery as something of a diamond in the rough…

Unfortunately, by the time Edison had a more refined prototype, electric vehicles were on the way out in favour of fossil-fuel-powered vehicles that could go longer distances before needing to refuel or recharge. Edison’s deal with Ford Motors fell by the wayside, though his battery continued to be used in certain niches such as railroad signalling, where its bulky size was not a hindrance.

But more than a century later, engineers would rediscover the nickel-iron battery as something of a diamond in the rough. Now it is being investigated as an answer to an enduring challenge for renewable energy: smoothing out the intermittent nature of clean energy sources like wind and solar. And hydrogen, once considered a worrisome by-product, could turn out to be one of the most useful things about these batteries. 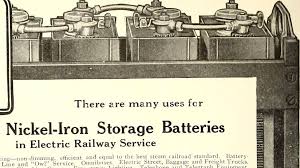 What used to be a dangerous quirk of the Edison battery has turned out to be remarkably useful (Credit: Alamy)

Speeding forward to the mid 2010s, a research team at the Delft University of Technology in the Netherlands happened upon a use for the nickel-iron battery based on the hydrogen produced. When electricity passes through the battery as it’s being recharged, it undergoes a chemical reaction that releases hydrogen and oxygen. The team recognised the reaction as reminiscent of the one used to release hydrogen from water, known as electrolysis.

“It looked to me like the chemistry was the same,” says Fokko Mulder, leader of the Delft University research team. This water-splitting reaction is one way hydrogen is produced for use as a fuel – and an entirely clean fuel too, provided the energy used to drive the reaction is from a renewable source.

Nickel-iron batteries are extremely durable, as Edison proved in his early electric car, and some have been known to last upwards of 40 years…

While Mulder and his team knew that the nickel-iron battery’s electrodes were capable of splitting water, they were surprised to see that the electrodes started to have a higher energy storage than before hydrogen was being produced. In other words, it became a better battery when it was used as an electrolyser too. They were also surprised to see how well the electrodes held up to the electrolysis, which can excessively tax and degrade more traditional batteries. “And, of course, we were rather content that the energy efficiency appeared to be good during all this,” says Mulder, reaching levels of 80-90%.

Mulder dubbed their creation the “battolyser”, and they hope their discovery can help solve two major challenges for renewable energy: energy storage and, when the batteries are full, production of clean fuel.

“You’ll hear all these discussions about batteries on the one hand and hydrogen on the other hand,” says Mulder. “There’s always been a kind of competition between those two sets of directions, but you basically need both.”

One of the biggest challenges of renewable energy sources such as wind and solar is how unpredictable and intermittent they can be. With solar, for example, you have a surplus of energy produced during the daytime and summertime, but at night and in the winter months, the supply dwindles.

Conventional batteries, such as those based on lithium, can store energy in the short-term, but when they’re fully charged they have to release any excess or they could overheat and degrade. The nickel-iron battolyser, on the other hand remains stable when fully charged, at which point it can transition to making hydrogen instead.

“Nickel-iron batteries are resilient, being able to withstand undercharging and overcharging better than other batteries,” says John Barton, a research associate at the School of Mechanical, Electrical and Manufacturing Engineering, Loughborough University in the UK, who also researches battolysers. “With hydrogen production, the battolyser adds multi-day and even inter-seasonal energy storage.”

Besides creating hydrogen, nickel-iron batteries have other useful traits, first and foremost that they are unusually low-maintenance. They are extremely durable, as Edison proved in his early electric car, and some have been known to last upwards of 40 years. The metals needed to make the battery – nickel and iron – are also more common than, say, cobalt which is used to make conventional batteries.

This means the battolyser could have another possible role for renewable energy: helping it become more profitable.

Like any other industry, renewable energy prices fluctuate based on supply and demand. On a bright, sunny day there might be an abundance of power from solar, which can lead to a glut and a dip in the price the energy can be sold for. The battolyser, however, could help smooth out those peaks and troughs.

The battolyser is one way to help balance the supply and demand of renewable energy from sources like solar and wind (Credit: Alamy) 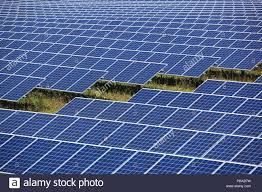 The battolyser is not alone in this regard. More traditional alkaline electrolysers coupled with batteries can perform this function too, and are widespread in the hydrogen-producing industry. Mulder thinks the battolyser can do the same thing for less money and for longer, thanks to the durability of the system. It is something that is making the battolyser’s backers hopeful.

And while hydrogen is the direct product of the battolyser, other useful substances can be generated from it too, such as ammonia or methanol, which are typically easier to store and transport. “Having a battolyser in place, an ammonia plant would run more constantly and would need less manpower, reducing operating costs and maintenance costs, thus producing ammonia the cheapest way in a sustainable, green manner,” says Hans Vrijenhoef, chief executive of Proton Ventures, who has invested in Mulder’s battolyser.

Right now, the largest battolyser in existence is 15kW/15kWh, and has enough battery capacity and long-term hydrogen storage to power 1.5 households. A larger version of a 30kW/30kWh battolyser is in the works at the Magnum power station in Eemshaven in the Netherlands, where it will provide enough hydrogen to satisfy the needs of the power station.

Once it’s undergone rigorous testing there, the aim is to scale-up further and distribute the battolyser to green energy producers, such as solar and wind farms. Ultimately, the battolyser’s proponents hope it will reach gigawatt-scale – equivalent to the power generated by around 400 utility-scale wind turbines. Though as well as scaling-up, Barton sees a role for smaller battolysers, which could help supply energy to mini-grids used by remote communities that don’t live on main power grids. 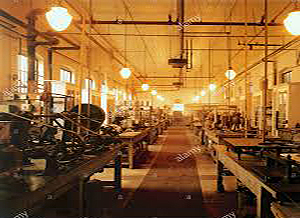 Edison’s laboratory in New Jersey was the birthplace of many of his inventions, both those that gained popularity in his lifetime and those that didn’t.

The fact that the battolyser’s electrodes are made from relatively cheap and common metals may help. And unlike lithium, nickel and iron do not create large quantities of water waste when mined, nor are they linked to significant environmental degradation.

Much of the potential of the battolyser has been hiding in plain sight, ever since Thomas Edison first began experimenting with his nickel-iron battery at the turn of the 20th Century. He may have been wrong in believing his battery would supplant the other vehicles on the road. But the nickel-iron battery may yet play a role in replacing fossil fuels more broadly, by helping hasten the transition to renewables.